The former British Ladies Chess Champion Gillian Moore, has kindly written a book of her experiences and provided it as a free download for everyone to enjoy.  Having learnt the game of chess at the age of 9, Gillian began to play seriously when aged 13 at Weston Park Girls School, Southampton. Just a year later regular success was being enjoyed with regular tournament wins and the Southern Counties Girls Championship at Bognor Regis.

In the space of two years Gillian went from becoming the Southampton Girl Champion to winning the British Girls Chess Championship held at Whitby in 1962.  Further wins came in 1963 and 1966 before Gillian achieved the pinnacle of her career by winning the British Ladies Championship jointly with Margaret Clarke. A break from chess was taken but the pull of the game soon won back our Gillian who returned to the Hampshire Chess scene where she has enjoyed further success and won the British Seniors Ladies’ Championship. 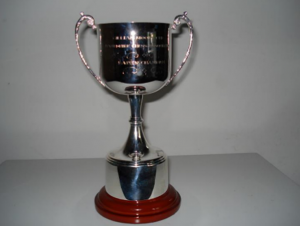 Gillian has kindly donated a trophy to the Hampshire Chess Association, the ‘Gillian Moore Cup’ to be awarded to the best performing female entrant in the annual Hampshire Chess Congress. This wonderful prize will be hotly contested for many years to come and is a welcome addition to our efforts aimed at promoting the game of chess.

Referring to the Hampshire Chess Association  someone at the club once asked me, ‘What does it do?’  The short answer is that the objectives of the Association are to encourage the establishment of clubs throughout the county, and to foster and encourage the game of chess generally.

‘My Chess Career and Holidays’ by Gillian Moore is available as a free download in pdf format from this link. Download

by Michael Blake in REVIEWS 2